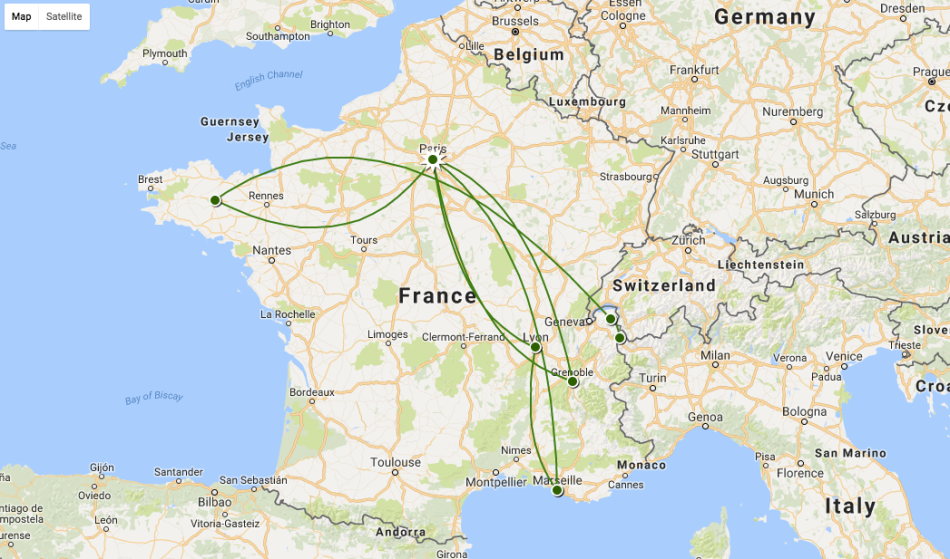 I walked off the flight from Delhi, India to Paris, France and was surrounded by a whirlwind of change. Traveling on the low in Europe requires a lot more expertise than traveling in a third world country, believe it or not. Although you have tons of infrastructure to make you super comfortable, mistakes are expensive and so are the minimum day to day expenses. But it is still possible! I want to share with you some itineraries of great options for some European destinations, particularly for the nature-loving low-budget person. Starting with the wonderful world of French bread and beautiful alps! 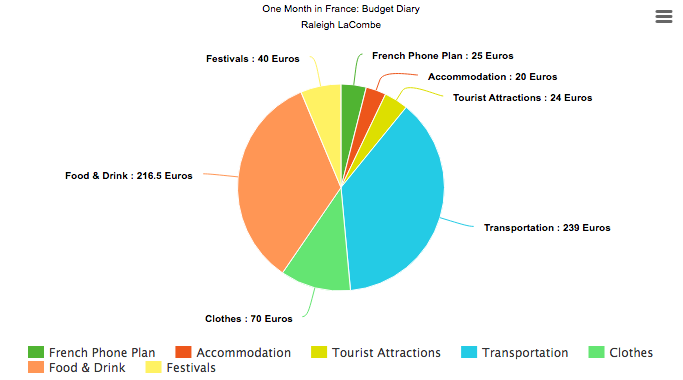 Total Spent in one month: 788 Euros
Average per day: 26 Euros

So, I have an absurdly low cost of sleeping here because I got really lucky in terms of having friends, family, couchsurfing hosts, and amazing camping spots in France. I only spent one night in a hostel in this whole period of a month.

Also, that means food costs have been dramatically reduced in comparison to a traveler who eats out a lot. While in India this was not a big deal, in Europe eating out every meal can triple your cost of traveling. For me, I ate out sparsely and frequently used the stove I carry or was at a location where I could cook.

Traveling large distances is expensive. To go 4 hours by train, you could be looking at a 100 Euro ticket. But there are cheaper options. For going around the city, definitely get familiar with public transit maps. Nearly every city in France has metro systems and you can save a huge amount of money if you can be thrifty enough to figure them out rather than resorting to a cab or uber. But if you do have to go longer distances (of course you do!) a great option is blablacar. It’s an app that allows people to carpool! You just research your starting and ending location and it will show you if there is someone who is going that direction. I used this a lot, and it’s not only a great price, but a great way to meet people as well. For the bolder traveler, there’s even an app called Hitchwiki which is a user-created database of the best spots to hitchhike from.

I landed in Paris and circled back there many times. Paris is an amazing place to spend time wandering around and getting lost in the city streets. I loved turning corners and seeing amazing structures that would literally make me stop in my tracks. Obviously, if you’re ever in France, Paris is a must see! Although it’s likely you’d have trouble avoiding it to begin with since most people enter the country here. During my trip around Paris, I actually didn’t pay for any museums or tourist attractions, but I went to the outside of a lot of places! This might sound silly to some, but it actually almost happened like that by mistake. For example, the line to go inside the Notre Dam was over 4 hours, but from outside you could marvel at the architecture just as much. And just down the street, there was a far less famous church with also amazing stain glass. France’s government really values culture, which means that Paris has many free museums sprinkled all over the city! An example of one is the home of Victor Hugo. It’s a museum that has a collection of pieces of his life and work, that is in the old apartment he used to live in. It’s a beautiful and grandiose place! But if you want to go to world famous ones like the Louvre, you’ll find yourself paying about $20. I stayed in Paris (and around) for a total of 12 nights. If anyone wants more specific dots on a map in the city of great places to explore, please message me privately and I can make one!

I saw two different coasts of France and they were absolutely contrasting. Brittany is full of old stone graveyards, great boating communities, and beautiful towns. The weather when I was there was damp and foggy, while in contrast, the south of France is bright and clear. I stayed with a friend in the area within Marsielle called Les Guides and it was such a highlight. 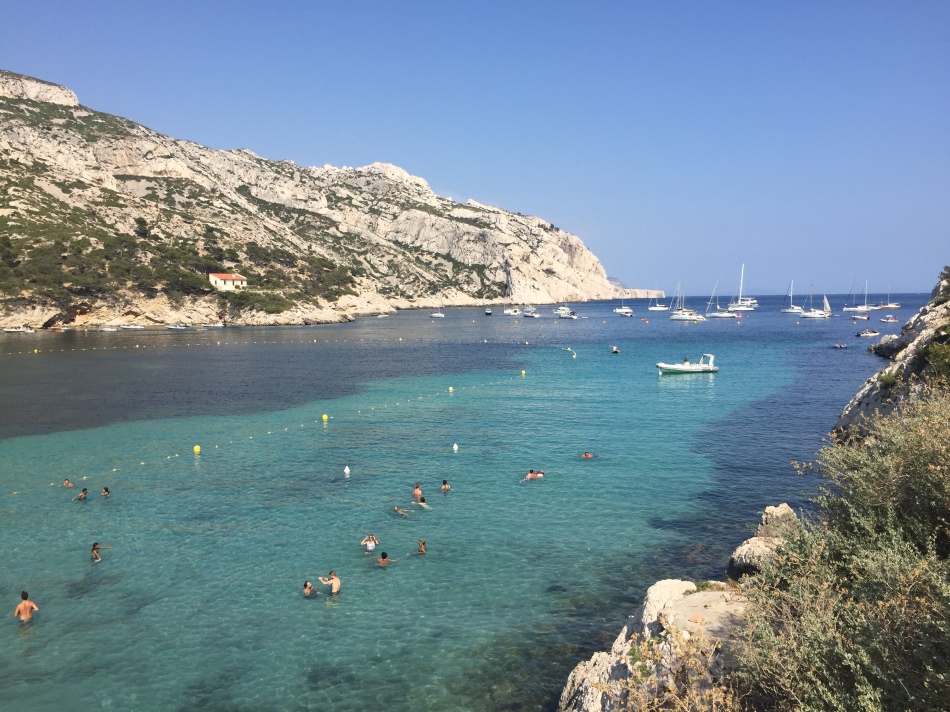 I was surrounded by some family that I was lucky enough to be able to meet there, and made some new friends as well! It’s such a hip city. I went to a gathering on a little beach in the middle of the night with people playing music and swimming in fluorescing water. There’s wonderful swimming and rock jumping. There’s lots of city sights to see, a solid bus/metro system, awesome farmers markets, and overall coastal vibes. I could see myself living there easily. This is the view from my friend’s apartment that was very much what I imagined a French city skyline to look like. 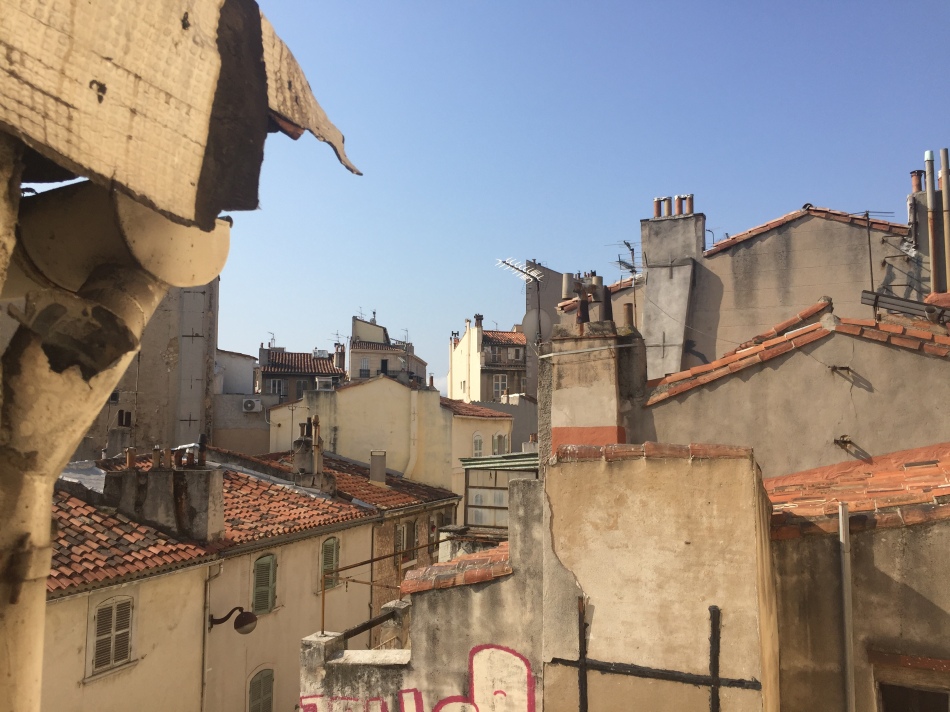 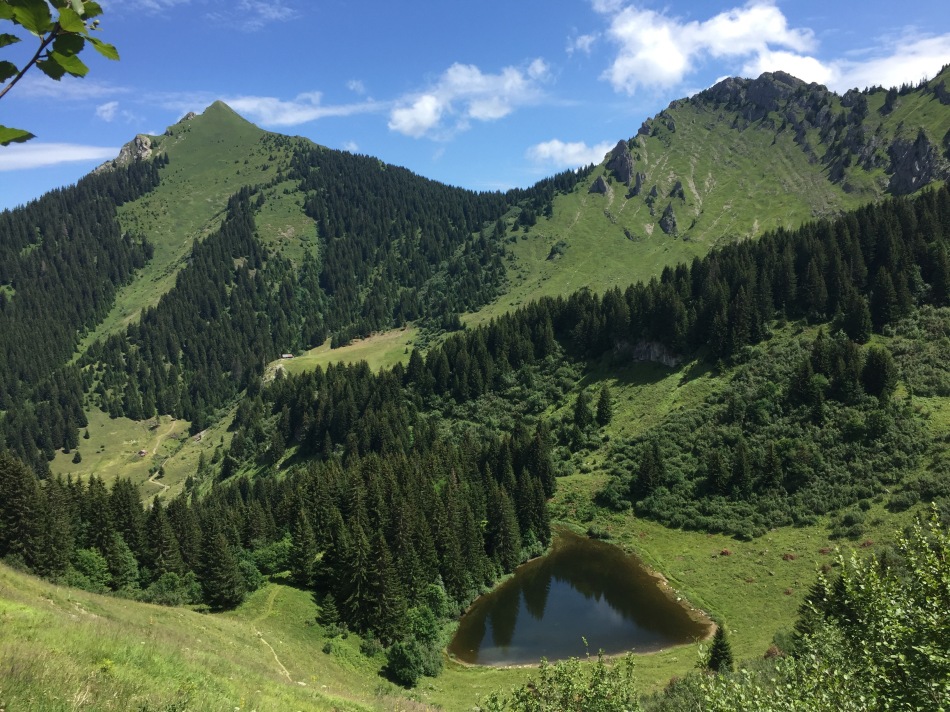 When you’re in the Alps, you probably can camp many places without anyone bothering you. I camped near Grenoble by a ski resort during a highline gathering and in Les Houches (by Charmonix). Both were beautiful and different! These last couple photos are from an area south of Lake Geneva called St. Jean d’aulps which I never would have gone to if I didn’t have a friend that was staying in the area. But there are many, many places to explore, of course most of which I have yet to find myself. And sometimes the fun part is doing the search. 😉

You might have noticed (probably not) that there was a festival section on my budget pie chart! Among my favorite endeavors in Europe has been slacklining at highline festivals around Europe. I particularly loved this one festival in France, called Marmot Highline Project that was in the Alps. If you have the chance, and like slacklining, check this one out- it’s in July every year. You can find links on facebook for the event details. It cost 40 euros, but was 3 days of camping, highlining, and other festival shenanigans. 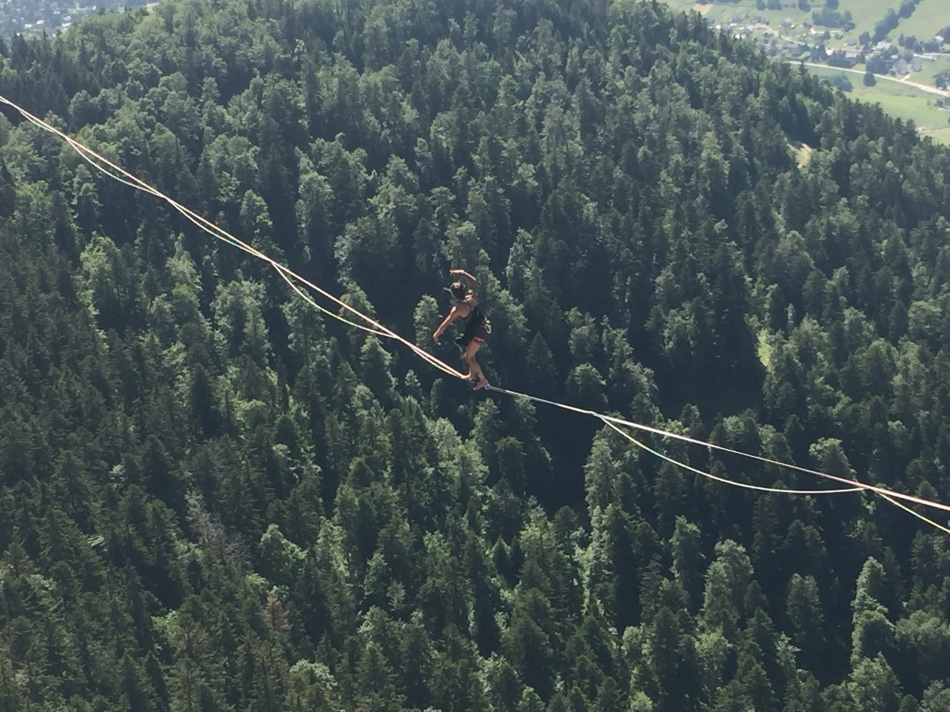 Overall, I would say that France was far from cheap, but with the right approach it is very affordable! I loved the culture, the people, the smells, the sights, and will definitely return one day for more.

0 comments on “Traveling France on a Budget”

Hello, my name is Raleigh and through my writing, my dream is to share stories and records that empower people to jump in to the unknown!